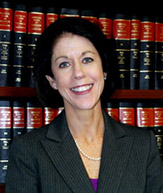 Chatham District Attorney Meg Heap began her career as a Volunteer Coordinator and Victim Advocate with the Victim-Witness Assistance Program located in the Savannah District Attorney’s Office. This position ignited a lifelong passion of working with victims of crime and senior citizens. After law school, she worked in the Cherokee County District Attorney’s office from Juvenile Court to Superior Court prosecuting a wide range of cases including murder and child molestation. In 1995, she began work as an assistant district attorney in Chatham County handling State Court Division misdemeanor cases, moving to Superior Court to handle felony cases in 1997. At the end of 2005, Heap was assigned to handle elder and disabled adult abuse cases, the first such prosecutor in the state. She served as Chief Assistant District Attorney from the beginning of 2009 to fall of 2010. Heap left the DA’s office and was elected District Attorney in November of 2012. Heap has served as District Attorney since January 2013. She was just sworn in for her second term.

She is the current president of the District Attorney’s Association of Georgia.

She is a board member of: